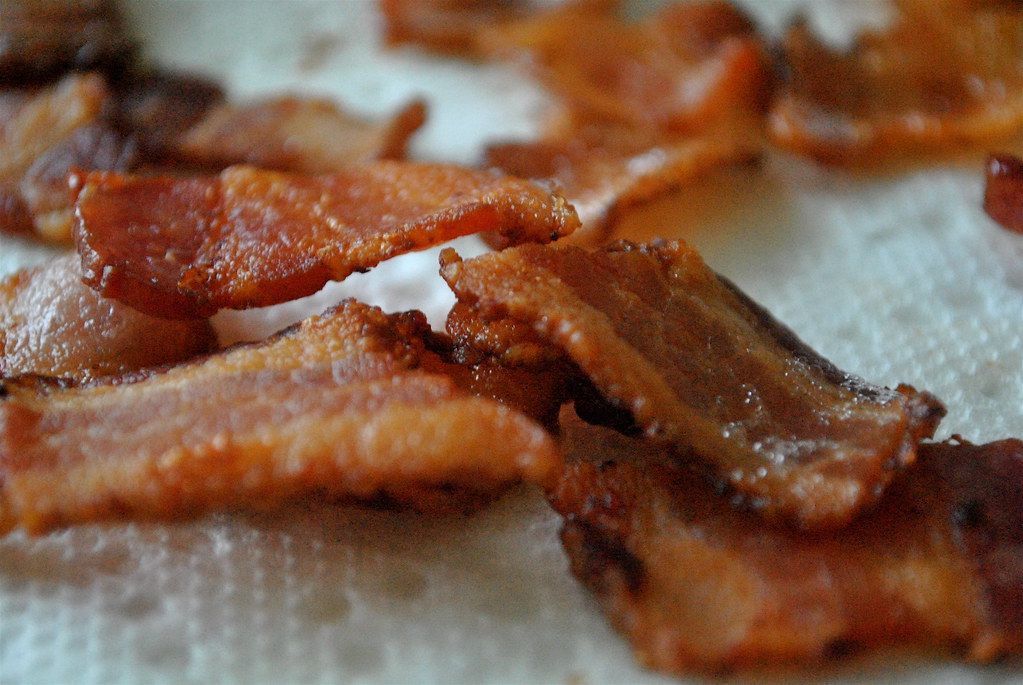 I’ve spent a lot of time trying to figure out why some things get more importance in our lives, and how we see the world. I can’t say that I’ve found a good answer, but pondering this issue has led me to see how disproportionate we often are in our responses to things.

Earlier this week, for example, there was a ton of news coverage of a new World Health Organization (WHO) report concluding that processed meat is a carcinogen and that eating a couple of pieces of bacon a day will increase rates of certain types of cancer by 18%. The Guardian ran a story with the headline, “Processed meats rank alongside smoking as cancer causes – WHO,” and blogs like Medical Daily posted something called, “Red Meat Is Just As Likely To Give You Cancer As A Cigarette, The World Health Organization Says.”

It’s pretty clear that “ranking alongside smoking” is a bit of a simplification. The WHO has categories for things with respect to their potential to cause cancer. The new report does, indeed, add processed meats to the Group 1 category, which includes things that are considered “carcinogenic to humans.” The WHO is very clear that things in this group are known to cause cancer, but makes NO claims about their cancer causing potency. It makes no claims about how much of a risk the substance is. For a little perspective, “ethanol in alcoholic beverages” is also on Group 1, so is “leather dust” and “wood dust.” Just knowing that something can cause cancer doesn’t tell us anything about the likelihood that it will actually cause cancer.

But the inclusion of processed meats in the list of known carcinogens should give us some pause, and make us think a bit about the risk. This is where the main question of what’s important and why gets some relevance. The report tells us that “each 50 gram portion of processed meat eaten daily increases the risk of colorectal cancer by 18%.” This sounds bad, because an 18% increase sounds like a lot, but 18% of what is the important question. The WHO group responsible for the report, the International Agency for Research on Cancer (IARC), estimates that 34,000 cancer deaths per year, worldwide, are attributable to eating processed meats. Again, 34,000 deaths sounds like a lot…unless you realize that more than 55 million people die each year. So the cancer deaths caused by eating processed meats end up being less than 0.062% of all deaths worldwide. Yet, this is getting all kinds of attention, and will likely influence the eating decisions of many people around the world.

This is an obvious one though. Let’s step back, and get a bit broader and think about cancer as a whole. We are bombarded with campaigns to “cure cancer.” The NFL has days when they wear pink socks, cleats, etc to show their support for breast cancer awareness. We are consistently fed the message that cancer is killing us, and that we need to fight back. Let me preface what I’m going to say next by saying that I’m NOT saying that we shouldn’t be fighting cancer; I’m not saying that we shouldn’t be trying to cure all types of cancers, and I’m not trying to diminish the pain and suffering that our friends and family or selves have felt because of cancer. The WHO, however, makes it pretty clear that lots of things are more likely to kill us than cancer. In fact, worldwide, cancer comes in at number 5 on their top 10 causes of death list.  Heart disease, stroke, COPD, lower respiratory infections each kill more people than cancer each year, but we don’t hear about campaigns to fight those things, at least not nearly as much as we hear about campaigns to fight cancer. Those numbers are worldwide though. What about in the United States? Statistics from the United States might have more of an impact on us and what we should really fear. The National Cancer Institute, the part of the National Institutes of Health that focuses on cancer research, estimates that 589,430 people will die in 2015 from all types of cancers. For comparison, the CDC estimates that more than 600,000 people die from heart disease each year. Again, I’m not saying that we should forget all about cancer because it doesn’t kill as many people as heart disease, but it does make me wonder why we see so much about curing cancer, and much less about curing heart disease. The National Cancer Institute’s 2015 budget appropriation was $4.95 billion, but the National Heart, Lung, and Blood Institute’s 2015 budget was $2.98 billion. So even though approximately the same number of people die from cancer and from heart disease, we spend almost $5 billion on cancer, but $3 billion on heart disease (and lots of other things likely to kill us).

Our inability to point our fingers at the things that pose real threats to us, but live in terrible fear of low probability events influences our policy all the time (not to mention, has many of us living in fear of things that are so unlikely to harm us). Foreign terrorists, for example, have killed several thousand Americans in the last 15 years, but drunk driving kills approximately 10,000 people each year, more Americans than have been killed by terrorist attacks in the last fifteen years. Yet, our politicians focus on fighting terrorism, and I haven’t heard one person running for president say anything about drunk driving (or cancer or heart disease, by the way). We live in fear of ISIL/ISIS, a fear so strong that we can look at masses of refugees from a war-torn nation and see them all as potential terrorist threats. We strip privacy rights, go through ridiculous levels of security to get on an airplane, and some of us even support the torture of other human beings to fight terrorists, but installation of a breathalyzer device in all motor vehicles would dramatically reduce the number of drunk driving deaths. We use these on people who have been caught driving under the influence, but why not make these mandatory on all cars? I’m honestly not pushing for that, but it would at least be a proportionate response. If we’re going to have a government that acts as a “nanny state,” let’s at least decide where to nanny based on relative risk. If we have a greater chance of dying from drunk driving than from terrorism, maybe we should spend more time on drunk driving than on terrorism.

I don’t have the answers to these, and I don’t know if anybody does, but I think it’s important to look at the world around us, and instead of fearing what’s popular to fear, let’s fear what’s actually a threat. That makes sense to me.

One thought on “What’s important and why?”